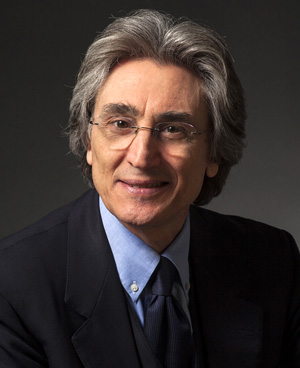 He is the new Artistic Director of the International Festival “Settimana di Musica Sacra” of Monreale (Palermo), 54th edition.

About Him ... "Palm Beach Opera's mounting of Puccini's tragic love story presented one of the most successful opera productions South Florida has seen in the past two years. Conductor Giuseppe Cataldo led a terrific performance. Eliciting vital playing of great convintion, Cataldo paced the score masterfully, letting details emerge cleanly, while building climaxes superbly, as with his skilful handling of the surging waves of love duet". (By Lawrence A. Johnson from OperaNews and Sun-Sentinel South Florida)

Among his great and experienced career accomplishments, we need to highlight his service as Music Advisor and Artistic Director for all cultural activities of Palermo during the 2001 season.

He coordinated one of the most important and successful Italian Festival organized by the Arts Department of the Town council of Palermo from 10th of August to 14th of October 2001, the VI edition of "Palermo di Scena 2001" ("Palermo on Stage"), counting 360 events on Music, Dance, Theatre and Cinema.

His studies include composition, choral conducting, symphonic-operating conducting and percussion instruments.  Since 1990 he has held the position of Music Professor for The Conservatory of Music "V. Bellini" of Palermo. 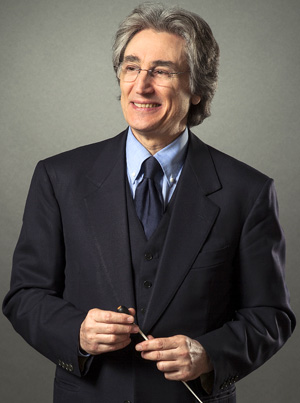 "Madama Butterfly soars with riveting attention to detail".
Extract from an article on the Palm Beach Opera's Butterfly which appeared in the Palm Beach Daily News / Opera Review..."But all in all, it was a very satisfying production, both visually and vocally. The costumes were lovely. The lighting was exquisite. The staging was immaginative and well executed. And the orchestra provided substantial support under guest conductor Giuseppe Cataldo". (By Earl Cunnigham)

Extracts from other articles:
"Maestro Cataldo in Singapore. On the podium for the Verdi's Gala". From "Giornale di Sicilia".
PALERMO. International commitments for Giuseppe Cataldo.
... the Palermitan composer and conductor is preparing to fly to Singapore where, on the 19th and 20th April, he will be taking part in the gala dedicated to Giuseppe Verdi, which will see him on the podium of the Singapore Symphony Orchestra alongside the Georgian soprano Eteri Lamoris and the tenor Sergio Panajia. An appointment with Verdi's most famous arias and overtures to follow the Palm Beach Opera production of Madame Butterfly which, last January, saw Cataldo in Florida conducting Puccini's opera, staged under the direction of Renata Scotto and with the young Japanese soprano, Chiho Oiwa, considered one of the most promising up-and-coming singers of her country, in the title role. "It was a success," says Cataldo, showing off the overseas reviews. "And the outstanding direction of Renanta Scotto was a big surprise. Great soprano that she is, she never handicapped the music."

"Right tempo subject to taste"
Extract from an article on the Honolulu Symphony Orchestra which appeared in the Honolulu Star-Bulletin.
"Tempo played a prominent role in the Honolulu Symphony's latest concert, "The Italians are Coming" featuring pianist Marisa Tanzini and guest conductor Giuseppe Cataldo, both from Palermo, Italy... Cataldo displayed an excellent grasp of Mendelssohn's style and structure in the second half, conducting Mendelssohn's "Italian" Symphony, No.4. His homophonic approach in sculpting the orchestra yielded a light, clear touch. Exhilarating moments abounded: the violins' opening theme, the violas' theme and the cellos' and basses' firm "walking bass" in the second movement; the horn choir of the third movement; the scurrying winds and strings of the fourth. Cataldo's tempos seemed to fit, which raises the conundrum: did an excellent interpretation make his tempos seem right, or did the right tempos make the interpretation seem excellent?". (By Ruth O. Bingham)

"Storms of applause dampen Four Seasons"
Extract from an article on the Hamilton Philharmonic Orchestra which appeared in the Hamilton Spectator.
"Maestro Cataldo kept Wood's lovely but delicate sound well in the foreground but that meant everything had to be kept miniature and distant rather than making Vivaldi's wonderful musical painting vividly immediate and compelling. That said, both Wood and Cataldo shaped the music beautifully and most persuasively and the orchestra's principals, Mikhail Brat, Mia King and Jack Mendelssohn weighed in to great effect. Normally, when people clap between movements, it pleases me, it means new people have joined the audience and that's all to the good. But a large, persistent and obstinate section of the audience didn't just applaud each season, they applauded every movement of the season, so instead of just four seasons, we got about three year's worth. So persistent was this claque that one feared we'd get applause between each thunderclap in summer's storm. The highlight of the evening was the rarely heard Cherubini Symphony in D, a piece of enormous charm that stood out even in a program of very charming works. Here Cataldo was free to shape the music and to demand courage, passion and commitment and he did it splendidly. Cataldo, from Palermo, Italy is a graceful and helpful musician, who has worldwide experience and a profound interest in new music. Perhaps, one day, he could bring us some." (By hugh Fraser)

Extract from an article on the Münchner Symphoniker which appeared in the Süddeutsche Zeitung.
... With Dvorak's New World Symphony, came a return to something well-known and this was conductor Giuseppe Cataldo's great moment. At first, the conductor of the Orchestra Sinfonica Siciliana in Palermo limited his expressiveness with the primary objective of keeping the members of the Münchner Symphoniker tightly together as regards progression and rhythm. How right he was to do this was demonstrated by the manifold possibilities of expressive reinforcement and dynamic development on which he could draw; For example, his brief thrust forward before the repetition of the first movement thus took on immense dramatic significance... And the members of the Symphoniker with its instrument sections that flowed together with mellowness, precision and a great deal of "oomph", achieved a lot more from this well done piece of work than is normally the case: thunderous applause for a performance that kept us on the edge of our seats right through. (By Johannes Rubner)

Palermo: The Teatro Massimo Summer Season Presents: Opera Laboratory: Tribute To Donizetti And Menotti.
From "L'opera"review.
"Il Campanello" conducted by Giuseppe Cataldo.
Extract: … I Pazzi per Progetto and Il Camapanello, presented at the Villa Castelnuovo Palladium. Directed by Enzo Dara. It was on the "Campanello" that the greatest expectations were focussed and Giuseppe Cataldo made his mark on the instrumentation with forceful incisiveness. Loredana Arcuri stood out among the cast, as did Alessandro Battiato for the boldness of his stage sets.
(By Sara Patera)

Giuseppe cataldo and The Chamber Orchestra of Palermo/ Xylophone and Magic. From "Il Mediterraneo"News.
… At the head of the Chamber Orchestra of Palermo, Giuseppe Cataldo admirably kept the lid on the striking, almost Prokofiev-esque style of the opening and closing movements of Toshiro Mayuzumi's concertino for xylophone and orchestra. The other two pieces in the programme were, however, more in keeping with an ambiance of full-on classicism: a piece of neo-classicism in Prokofiev's First Symphony and a truly classical piece in Haydn's Symphony No. 86 which found, in Cataldo, an austere interpretation, from the first 21 measures which then flowed with interpretative depth into the largo in G major; Cataldo gave his perfect orchestra a real boost with decisive spirit in the allegro; it was served up with vigorous tones, but with intense dramatic force. (By Sergio Albertini)

A Velvety-Toned Double-Bill of Mozart: A Magnificent Evening.
From "Il Mediterraneo" News.
Success. A fine rehearsal by the Chamber Orchestra of Palermo, conducted by Giuseppe Cataldo. A Dvorak Serenade on the programme as well.
A cleanness of sound straight from the textbook; agility of metronomic precision; and all without any heel-dragging. For the Chamber Orchestra of Palermo, conducted Thursday evening by Giuseppe Cataldo, it was success, not only in terms of applause but primarily, and at long last, a musical success. Such a good rehearsal that we can afford to be hypercritical. In order, then, the first piece on the programme, Mozart's divertimento in D major K136, seemed of dazzling brilliance: precision in the entrances and the codas, incisive passages, clearly-defined colours.
Mozart again in the programme's second piece, the K414 concerto played by Giusi Groppuso, a pianist of with a perfect Mozart touch. Although very slightly nervous in the first movement, she gave us an exquisite rondo. The orchestra gave the best of itself as well: impeccable entrances and Tommaso Santangelo's horn was warm and velvety.
It rounded off with a sorrowful serenade for strings by Antonin Dvorak which was restored to a more intimate and chamber-like dimension. Although we are not talking about chamber music here, we were able to savour the theme of the first movement, picked up again in he fifth, and a vaguely Roti-esque phrase in the fourth movement.
It was accentuated Romanticism, but never mellifluous. The participants in this rehearsal, all certainly worthy of esteem, were all young: starting with the pianist, barely twenty six years old, right up to Giuseppe Cataldo himself, a young up-and-coming conductor and holder of the percussion chair at the Palermo Conservatory.
And, finally, the orchestra itself in which, aside from he occasional musician "on loan", great enthusiasm and harmony spread in a way that was tangible.
These are the same members that you find in other small-town orchestras, that already had what they were performing as part of their repertoire. But on Thursday evening they put a lot more grit into it.
(By Santi Centineo)